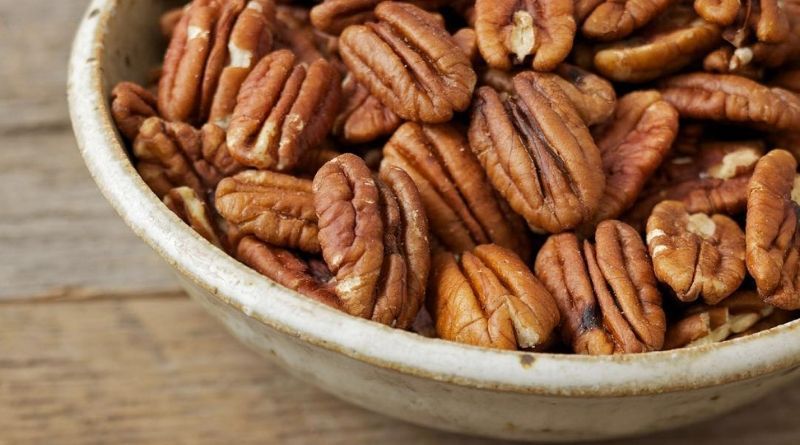 Pecans are brown-colored nuts with edible kernels. These are similar to walnuts. Pecans are native to North America and Mexico. These come from large deciduous trees belonging to the Hickory family. Hickory is a fuelwood species, which is used in making furniture and also yields high amounts of charcoal that have an economic value.

Interestingly, pecan comes in various sizes such as mammoth, extra-large, large, medium, small and midget. They are also obtainable in several forms such as whole pecans, pecan halves, pieces, granules, and meals.

Among the minerals, pecan is rich in calcium, iron, magnesium, phosphorus, potassium, zinc, copper, manganese, and selenium. It carries no sodium and is, therefore, helpful for people with high blood pressure and other dangerous diseases.

These nuts are rich in healthy monounsaturated fats and 70% of a single nut comprises of these fats. This percentage is highest amongst all the nuts, which gives you all the benefits listed below.

Let us now looks at the benefits of Pecans in detail:

Pecans constitute about 12.1% of manganese per 100gms. Manganese known to be a powerful antioxidant supports the fact that pecans can boost your immunity. This trace mineral helps in the prevention of the damage caused by the free radicals in the human body.

The manganese and calcium in pecans help women in staying healthy and also in fighting the symptoms of menstruation like cramps and mood swings.

Pecan carries constituents like  flavan-3-ol monomers and tocopherol that support in inhibiting oxidation of lipids which exists in the blood which in turn gives protection against heart diseases. The research was conducted to study the effect of pecan on postprandial antioxidant capacity and catechins and decrease LDL oxidation in humans and the findings suggest that bioactive composition may contribute to the postprandial antioxidant defenses.

When appropriate care is not taken, the high blood pressure leads to heart attacks. Pecans have Vitamin E and antioxidant properties that help in maintaining a healthy heart, which prevents the risk of hypertension.

Pecans have dietary fibers that promote colon health and maintains regular bowel movements. These encompass their benefits in the prevention of constipation.

Pecans have antioxidants like vitamin A, vitamin E, ellagic that help in removing the free radicals from our body. These antioxidants help in preventing the signs of aging like pigmentation, lines, and wrinkles.

Pecans constitute amounts of L-arginine and amino acids that are known to improve the blood circulation throughout the body, thereby helps strengthening the roots of the hair follicles. Pecans are widely known to treat male pattern baldness. The iron in these nuts helps in treating anemia, which in turn helps in controlling the control of hair loss.

Vitamin E-rich pecan nuts are a great addition to the diet. They are often associated with decreasing the risk of age-related macular degeneration, thus help in keeping the eyes healthy even while you are aging. These nuts are also highly recommended for the prevention of the occurrence of cataracts.

At this point in the article, we have established the point pecans have many health benefits mainly due to the amount so of manganese present in them. This trace mineral also helps in the prevention of inflammation. It reduces the inflammation in the arteries, and therefore, lowers the risk of arthritis, heart diseases, atherosclerosis.

The nutrients like manganese, copper, and thiamine, in pecans, are linked to the healthy functioning of the brain. Thiamine is administered to patients with Wernicke-Korsakoff syndrome, which is a brain disorder occurring in alcoholics. Copper and manganese, on the other hand, prevents the damage caused by free radicals in the brain. 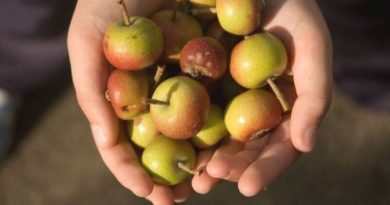 Uses and Benefits of Crabapples and How to Grow Them 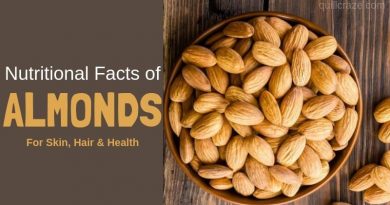 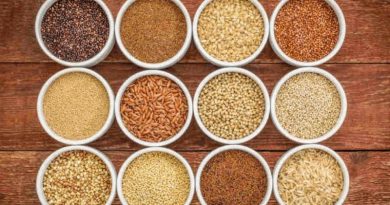 What are Millets? Nutritional Benefits of Millets